It's been forever! I thought in the last week I'd have the time for at least 3 posts if not more. I spent all last week in Florida with my extended family & it was go, go, go. I was so happy I got to see everyone & spend time with my favorite uncle. My mom's two brothers fight over which of the two of them is my favorite uncle & they actually refer to themselves as the "favorite uncle" when talking to me or on facebook. Funny thing is my favorite uncle is not even blood related! If you think this whole thing seems childish, it is. They're Italian men, they need to be coddled. In all seriousness though, my "favorite" uncle is my dad's best friend who married my mom's sister. He's been fighting cancer for the last 15 months so I went to spend the week with him & some of my other family. So there. That's my favorite uncle. Now hopefully my other two uncles don't read this, 'cause I'm never gonna hear the end of it. I also came home to my Grandmother who was visiting, so it was nice to see her. She is 88 years old & is wrinkle free, says Grandma. She is the typical tiny, Italian lady. We had the time to bring her to her town where she lived for 45+ years, Cold Spring, NY. We even got to take her into her old house. This house she lived in for 42 years! It was also special for my mom as my Grandparents bought the house the month before my mom was born & her last night in that house was the night before her wedding. I even have memories of that house! It was so special. The woman living in it is the same one who bought it from my Grandma in 1991 & luckily she is into preserving it's history. She hasn't even changed the light fixtures! The house was built in 1830. The only thing she did do was take down a wall to open up the living room & in doing that she left the original wood support beams exposed. It was amazing! I was so happy that she invited us in! We were just going to take a picture of the outside but she insisted that we come in.  So that was the end to my week with family. It was a busy week but I loved it! Now onto what we're all here for, my plans for Day 1 & 2.

On September 13 we will be leaving for Dublin at 10:40pm. We'll be flying out of JFK on an Air France (delta) flight. Our seats are in coach but they have a power outlet which makes my day. I have bought a bunch of movies that included a free digital copy so I have uploaded them to my laptop. I doubt I'll need them for our flight but it's nice to know that I'll have them & a power outlet if need be. This flight is only around 7 hours if I remember right, which is nothing compared to my four other 12+ hour flights. They have the tvs on the seat in front of you just like most of the international flights. So the flight should be pretty uneventful, with no sudden stops, to quote my favorite uncle. I'm planning to pack a change of clothes, makeup, etc. in my carryon. We land at 10:15am in Dublin. I'm planning on an hour to get through customs, even though from everything I've read you just walk right through. I'm planning on an hour taxi ride to our hotel. Dublin sounds very much like Boston, a walkable city with lots of traffic issues. We should arrive at our hotel, hopefully around 12pm. I'm pretty sure our room won't be ready so we'll have them store our luggage & use the bathroom in the lobby to change & freshen up. For lunch we'll be headed to Ireland's own fastfood place that's kinda like a McDonalds & KFC combined. It's called Supermacs and it's 100% Irish. It's only about a 5 minute walk from our hotel. Our hotel is on "the main drag" of Dublin, O'Connell Street, so everything is a short walk away.  So if my times are correct, we should have 2 hours once we arrive at our hotel to change, eat & then make it to our first tour pickup spot, which is across the street from our hotel. Yes, we are going on a tour our first day & no I'm not crazy. The worst thing to do when dealing with jetlag is to arrive & take a nap. The best way to get rid of jetlag is that first day, force yourself to stay awake until a reasonable time to go to bed. If you can get yourself to stay awake that first day, it's smooth sailing (er...sleeping?) from then on. So after we freshen up & have something to eat, depending on time, we head to our tour or have a little time to stroll up & down O'Connell Street & then head to our tour. Our tour starts at 2pm & is a three hours tour, but it's not on a boat, so it should stay a three hour tour. On this tour we will see our first castle, Malahide Castle. It looks gorgeous & I can't wait. We'll also see some other places but the castle is the highlight of the day. So our tour should be getting back at around 5pm. After our tour we'll head to dinner at, ready for this, a chinese buffet! So Ireland is not really known for it's food so I wanted to mix it up. In the following two days we'll have a traditional Irish breakfast & dinner, but I like to compare. My family are huge chinese food fans. We try a chinese restaurant everywhere we go, as it's never the same as at home. So that day we'll have had Ireland's version of fast food and chinese buffet. After dinner I can guarantee we'll be in bed, asleep almost immediately. So that's it for day 1 & 2. That's the plan, can't wait to see how much of it goes according to plan.

As for shopping. I ordered our pirate shirts & they arrived all wrong. So I e-mailed cafepress & they were great. They're letting me keep the wrong ones & sending replacements. I was trying to keep the fact that I ordered my parents shirts as well a secret, but when they came, I was tired from traveling & frustrated when they arrived so in my weakness I showed my mom. We'll still surprise my dad though. I also found a new shoe organizer that will make a perfect organized for in my cabin. It's a smaller version, only has 12 pockets & has a hanger hook on top rather than the three metal hooks so it is MUCH lighter. For those who have no idea what I'm talking about, people bring those over-the-door shoe organizers with the clear pockets to hang on the bathroom door to organize little items, like sunglasses, sunscreen, room keys, etc. It works great & you hang it on the "front" of the bathroom door, so it's actually hanging in the "bedroom", not the bathroom, & it's right by the front door. Very convenient! Also, on the most exciting news... I got my room assigned! No free upgrade for me, but I don't mind at all. I love the room they gave me. It holds 4, but it's just for little old me. It's midship & only about 8 doors down from my parents. The best part is it is right by the midship elevators! I'm on the end with only a room to one side & the midship stairs to the other. It's a very popular room apparently, so I'm excited! I also bought a ton of clothes. My favorite store, NY&Co sent me a 50% off your entire order coupon & it is in addition to all the sale prices. So after all my discounts I got $900 worth of clothes for $350! I also found an amazing deal on memory cards & ordered two more. So I now have three 8gb, class 10 memory cards for taking plenty of pics & video. I still need to look into if I even need a electrical converter. Most of my items are chargers & they all convert on their own. My travel blow dryer also has a switch for dual voltage, so I still have to look into that & see if I really even need one. I have already purchased those awesome adapters I talked about earlier. I also found a real cool travel sized power strip on amazon. As you can see, I've caught the shopping bug. Well, that's it for now. Gotta head to work.

Pics of Malahide Castle, parent's pirate shirts, shoe organizer (it's the smaller one) & power strip... & my shirt too. 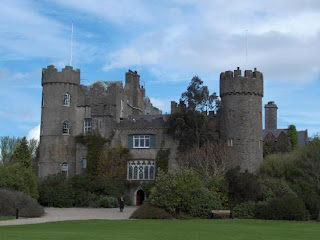 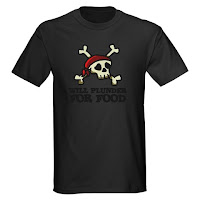 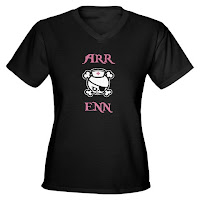 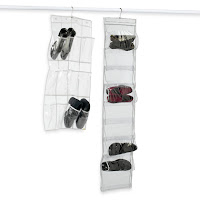 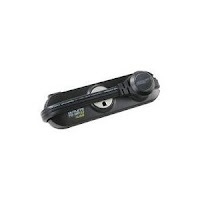 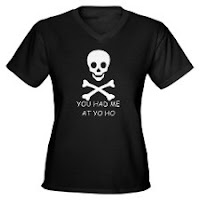